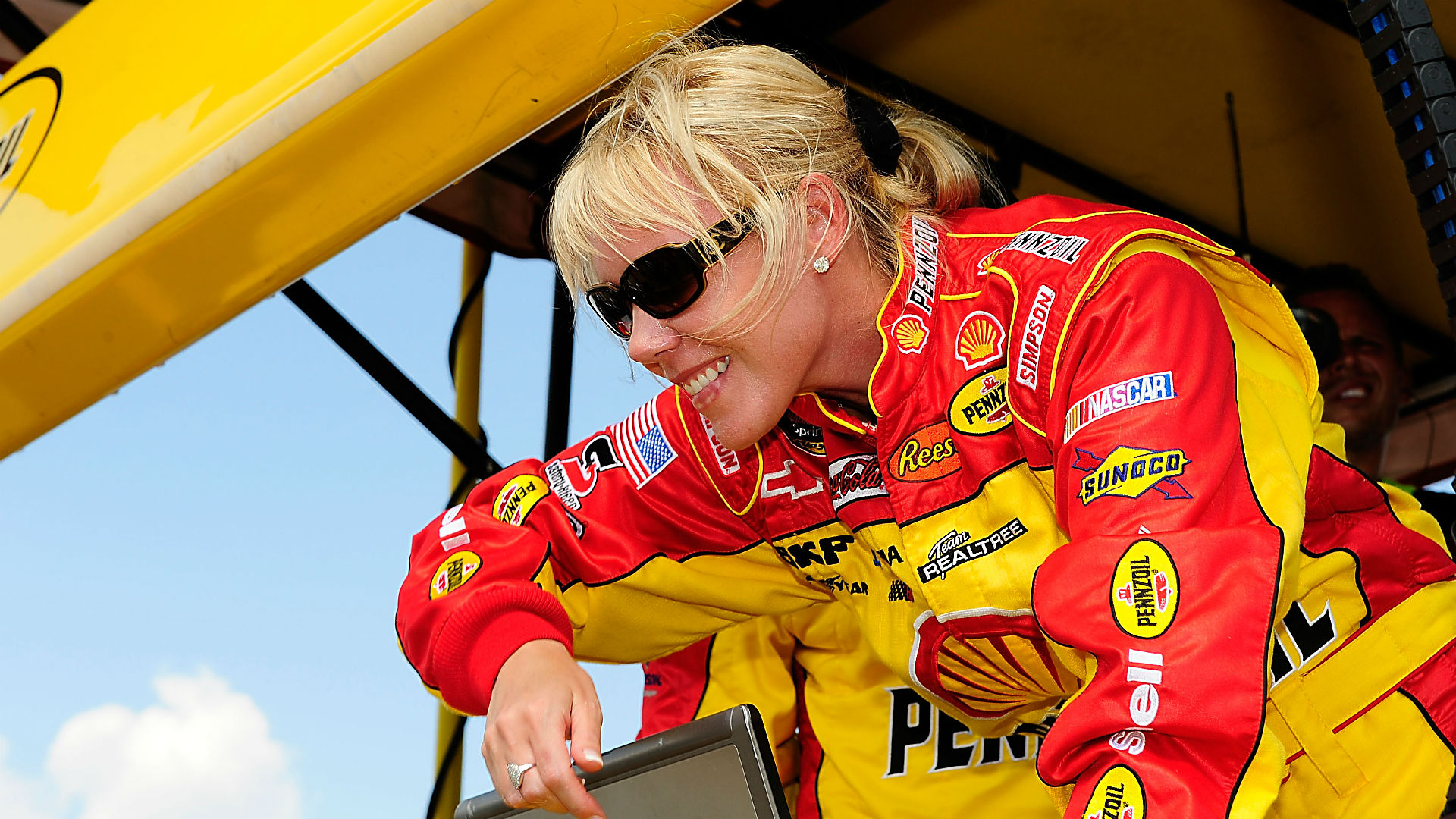 DeLana Harvick is not just a pretty face in the NASCAR garage, hanging out with her husband Kevin, driver of the No. 29 Richard Childress race car.  She is one of the most serious professionals in NASCAR today, co-owning a race team with her husband and managing the team’s marketing and other professional obligations.

DeLana is a self-admitted race brat, growing up in the pits with her father John Paul Linville, who drove in the NASCAR Busch Series until 1995.  Her father actually took her to the track when she was three weeks old, and she has been hooked on motorsports ever since. 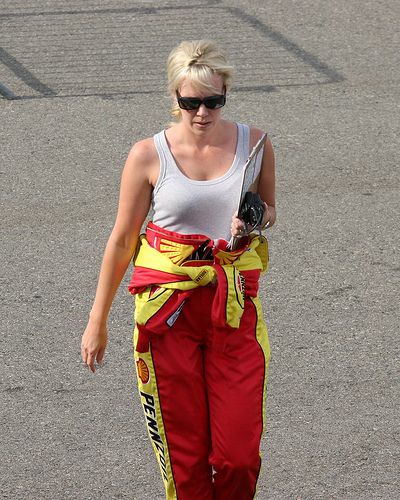 As a matter of fact, DeLana was born into a racing family, according to NASCAR.com, and grew up “supporting her self-funded racing dad,” helping him manage the business from the ground up. Though she didn’t become a professional driver herself, she’s definitely been around the track a time or two, and she decided to make the most of her intimate knowledge of the business of racing by launching a career in public relations for NASCAR.

“When I realized there was this whole other world, and as NASCAR continued to grow and evolve, I became very interested in the PR and marketing side of it,” she told NASCAR.com.

DeLana has never actually spent a lot of time on the sidelines. After she and Kevin were married, she became co-owner and manager of the couple’s successful race team, Kevin Harvick Incorporated, which owns “cars and trucks in the NASCAR XFINITY and Camping World Truck Series, along with the ARCA Racing Series,” per NASCAR.

And unlike many other wives of drivers, DeLana is often spotted at races on the pit box, in her own custom firesuit.

DeLana may not be as famous as her husband, but she was a part of the NASCAR scene even before the couple met. In fact, it was their race car connection that brought them together in the first place.

She and Kevin were married in February 2001 and if that period in NASCAR history sounds familiar, it is because their marriage occurred two weeks after Dale Earnhardt’s death.  Kevin was immediately thrust into the media spotlight at that time as the “heir apparent” to the Childress team, bearing the grief and expectations of all of the Intimidator fans.

But DeLana was not satisfied with all of that.  She and Kevin decided to partner in business, starting their own race team, Kevin Harvick Incorporated (KHI) in 2001. 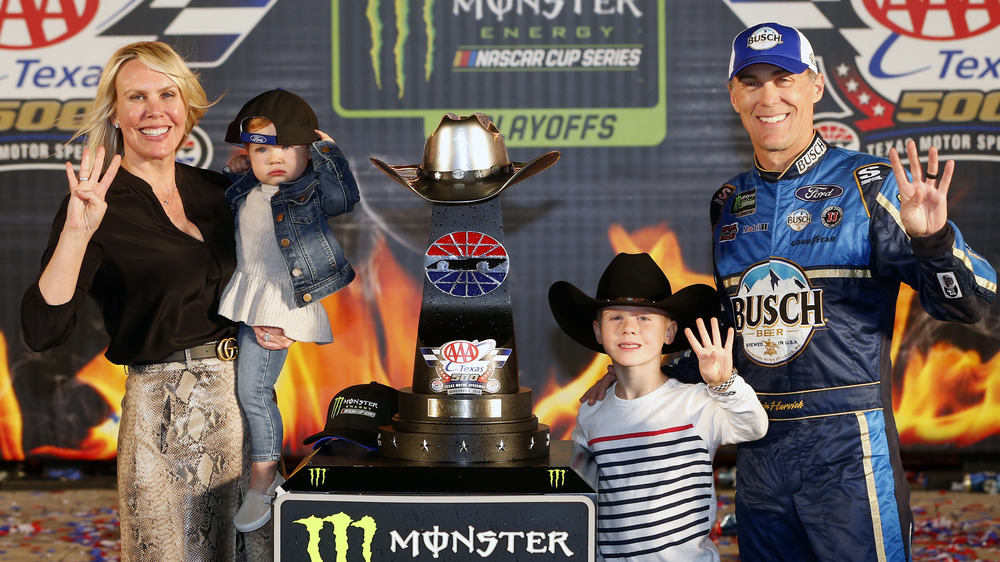 DeLana shares that the whole idea to start a race team was in response to Kevin having never won a Truck race.  So, in 2001, they decided to build a truck and go racing.

After finishing second in their first truck race, they were hooked and decided to form their own race team.  Since then, KHI has fielded some of NASCAR’s greatest drivers, including Tony Stewart, Bobby Labonte, Clint Bowyer, current driver Ron Hornaday, and Kevin Harvick himself.

This year, the Harvicks are running for a Truck Series championship with driver Ron Hornaday.  And no one would be happier for Hornaday if he takes the crown than his friend, “boss,” and team owner DeLana Harvick.

So, what makes DeLana tick and why is she so successful?  One major reason is her tremendous work ethic.

DeLana Harvick is known to work almost 24/7.  She is also a great multi-tasker, moving from paying the team’s bills to advising the drivers on their marketing efforts and interviewing skills.

DeLana is a great business woman, but she also has a huge heart.  In 2006, DeLana was honored by The Hershey Company as one of four “Sensational Women” for her support of breast cancer awareness. 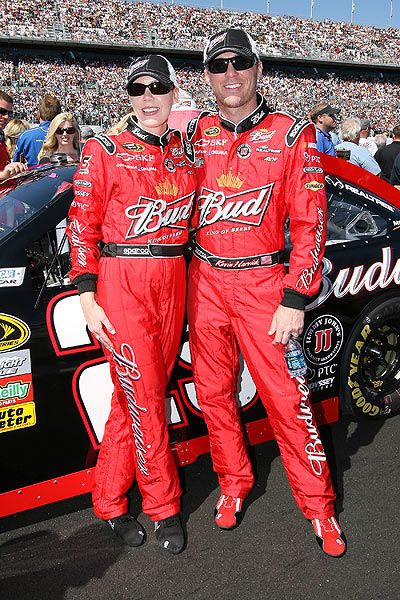 Further demonstrating her generosity, DeLana has also been a huge supporter of Bobby Hamilton’s wife, Lori.  Having gone through the cancer treatment and death of her own father, DeLana was most supportive of Lori as she went through the illness and passing of her husband.

Some see DeLana as a bit quirky, wearing a matching fire suit to her husband.  DeLana is not trying to be “cute,” as she wears the fire-resistant uniform as an example to others to encourage safety for all in the pits and in the garage area.

Harvick advises that if she is asking Kevin to take every safety measure when he is in the car, then she too should make every effort to be safe and to encourage others to do the same. 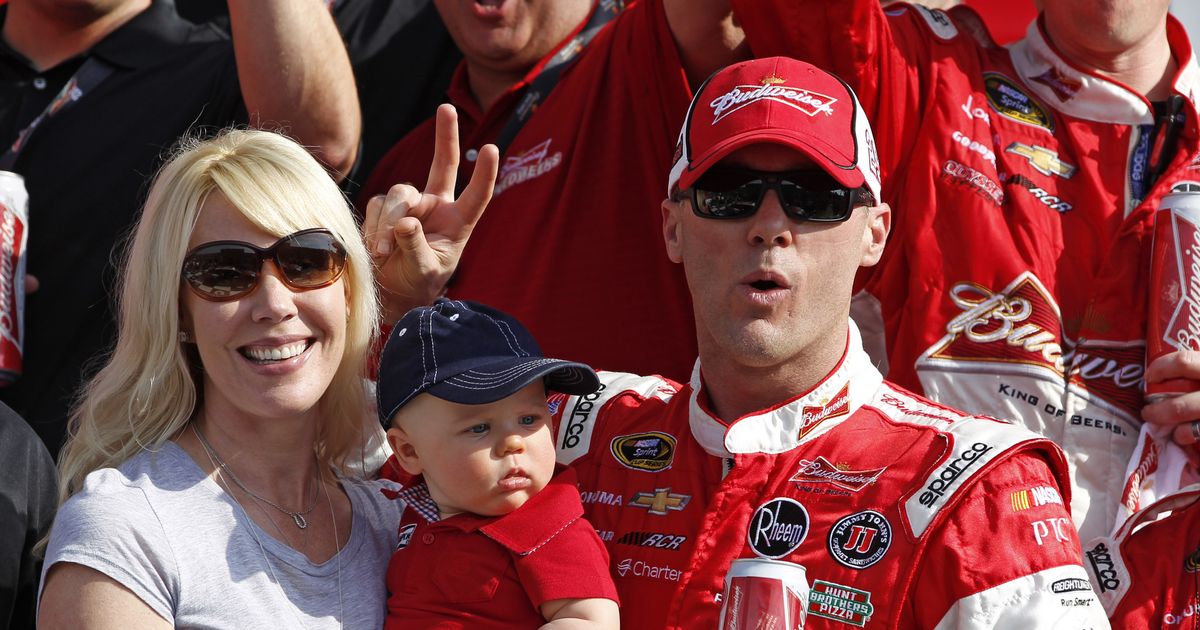 While DeLana may look like one of the blond, pretty faces hanging around the NASCAR garage, don’t be fooled.  Harvick is half—some say the most important half—of one of NASCAR’s most powerful racing forces.

And DeLana herself is one of the most powerful women in the industry.  So, when DeLana speaks anywhere in the NASCAR garage area, you can bet it’s not just Kevin that will be listening.