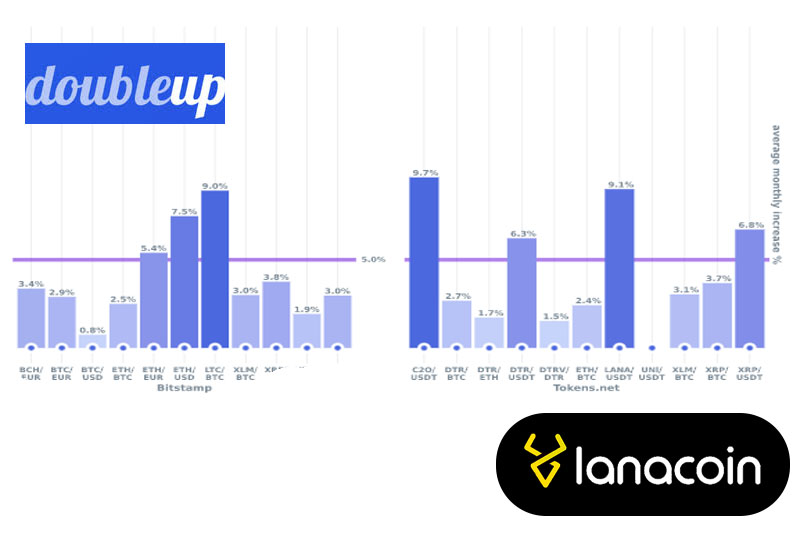 Investing is, in its purest form, buying an asset to sell it at a higher price and realize a profit. With highly volatile assets, you can do this more frequently and at more significant price differences. Unfortunately, this sounds easier than it is.

Most people trade their time for money while traders trade risk for money. The aim of trading is taking a risk on an asset with the view to sell it for more in the future. Even though it has been more than 4 years since the birth of LanaCoin, it is still in the early phase of adoption and the prices are still very volatile.

Because of the high volatility of LanaCoin, there are a lot of trading opportunities. Traders need to buy an asset and sell it at a higher price. The bigger the swing the better and more frequent the better. With this in mind, the DoubleUp trading strategy was developed. It is currently being used on the tokens.net and Bitstamp exchange. With LanaCoin you can use the DoubleUp bot on tokens.net but LanaCoin is not the only currency to be used, but you can also use all currencies listed on mentioned exchanges.

Even better ROI with different “SETUP” in end of DECEMBER

We put just for fun only 50 USDT and 630.000 LanaCoins on different “SETUP” 8 steps with a range 50%. The number of steps determines how close together or how far apart are your orders. Range in % means how much is the maximum you believe the price will move either up or down from the current position. All orders (steps) are within this selected %.

In two weeks we have much more in USDT and a little more in Lana. But because LanaCoin is more volatile this two-week ROI is much better than with BTC but liquidity is lower. That is why you can’t “play” with a bigger amount of money. But even Lana has bright days with nice volume and you can play with bigger amounts. We hope that in the future LanaCoin will grow and liquidity won’t be a problem anymore.

The details of the strategy are described at https://ssrn.com/abstract=3436041. DoubleUp trading strategy splits the assets in two with 50% initial allocation to each selected currency, ie. LANA and USDT. We chose 50% because there is a 50% chance that the next move of the coin price will be up and 50% chance that it will be down. Also, we need one asset to sell and one asset to buy. If the price of LANA goes up, the strategy will sell some LANA, get more USDT, and vice versa. If the price goes further up, the strategy will sell more LANA until it runs out.

The orders further away from the starting point have higher quantities than the ones closer to the starting price. When the LANA drops again to about where the strategy started, it will buy back more LANA. This way you will end up with more of both currencies than you had at the beginning.

When asset prices are volatile, this can happen often, and you do not have to wait too long for the trend to reverse and to restart the cycle again. 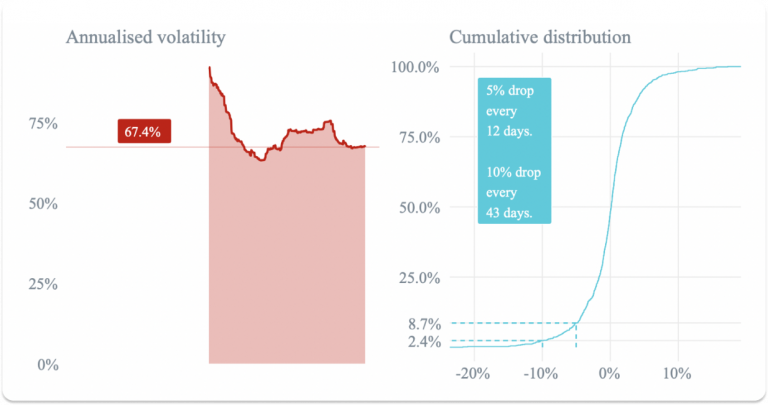 How does the strategy know when to buy and when to sell?

Trading is worse than a zero-sum game. The only one that is guaranteed to win is the exchange. With this kind of strategy, you have a perfect chance of beating the market and other traders over the long run as you will always buy low and sell high. You can quickly implement the strategy (www.doubleup.pro) with a few clicks on www.Bitstamp.net or www.Tokens.net.

How to trade on Crypto EXCHANGES

What’s LanaCoin: Where and How to get LANA