If this technology is so complex, why call it “blockchain?” At its most basic level, blockchain is literally just a chain of blocks, but not in the traditional sense of those words. When we say the words “block” and “chain” in this context, we are actually talking about digital information (the “block”) stored in a public database (the “chain”).

“Blocks” on the blockchain are made up of digital pieces of information. Specifically, they have three parts:

Blocks store information about transactions like the date, time, and dollar amount of your most recent purchase from Amazon. (NOTE: This Amazon example is for illustrative purchases; Amazon retail does not work on a blockchain principle as of this writing)
Blocks store information about who is participating in transactions. A block for your splurge purchase from Amazon would record your name along with Amazon.com, Inc. (AMZN). Instead of using your actual name, your purchase is recorded without any identifying information using a unique “digital signature,” sort of like a username.
Blocks store information that distinguishes them from other blocks. Much like you and I have names to distinguish us from one another, each block stores a unique code called a “hash” that allows us to tell it apart from every other block. Hashes are cryptographic codes created by special algorithms. Let’s say you made your splurge purchase on Amazon, but while it’s in transit, you decide you just can’t resist and need a second one. Even though the details of your new transaction would look nearly identical to your earlier purchase, we can still tell the blocks apart because of their unique codes.

While the block in the example above is being used to store a single purchase from Amazon, the reality is a little different. A single block on the Bitcoin blockchain can actually store around 1 MB of data.1 Depending on the size of the transactions, that means a single block can house a few thousand transactions under one roof.

Why is there so much hype around blockchain technology?

There have been many attempts to create digital money in the past, but they have always failed.

The prevailing issue is trust. If someone creates a new currency called the X dollar, how can we trust that they won’t give themselves a million X dollars, or steal your X dollars for themselves?

Bitcoin was designed to solve this problem by using a specific type of database called a blockchain. Most normal databases, such as an SQL database, have someone in charge who can change the entries (e.g. giving themselves a million X dollars). Blockchain is different because nobody is in charge; it’s run by the people who use it. What’s more, bitcoins can’t be faked, hacked or double spent – so people that own this money can trust that it has some value.

Blockchain technology accounts for the issues of security and trust in several ways. First, new blocks are always stored linearly and chronologically. That is, they are always added to the “end” of the blockchain. If you take a look at Bitcoin’s blockchain, you’ll see that each block has a position on the chain, called a “height.” As of August 2020, the block’s height had topped 646,132.2

After a block has been added to the end of the blockchain, it is very difficult to go back and alter the contents of the block. That’s because each block contains its own hash, along with the hash of the block before it. Hash codes are created by a math function that turns digital information into a string of numbers and letters. If that information is edited in any way, the hash code changes as well.

Here’s why that’s important to security. Let’s say a hacker attempts to edit your transaction from Amazon so that you actually have to pay for your purchase twice. As soon as they edit the dollar amount of your transaction, the block’s hash will change. The next block in the chain will still contain the old hash, and the hacker would need to update that block in order to cover their tracks. However, doing so would change that block’s hash. And the next, and so on.

In order to change a single block, then, a hacker would need to change every single block after it on the blockchain. Recalculating all those hashes would take an enormous and improbable amount of computing power. In other words, once a block is added to the blockchain it becomes very difficult to edit and impossible to delete.

To address the issue of trust, blockchain networks have implemented tests for computers that want to join and add blocks to the chain. The tests, called “consensus models,” require users to “prove” themselves before they can participate in a blockchain network. One of the most common examples employed by Bitcoin is called “proof of work.”

In the proof of work system, computers must “prove” that they have done “work” by solving a complex computational math problem. If a computer solves one of these problems, they become eligible to add a block to the blockchain. But the process of adding blocks to the blockchain, what the cryptocurrency world calls “mining,” is not easy. In fact, the odds of solving one of these problems on the Bitcoin network were about one in 17.56 trillion in August 2020.2 To solve complex math problems at those odds, computers must run programs that cost them significant amounts of power and energy (read: money).

Proof of work does not make attacks by hackers impossible, but it does make them somewhat useless. If a hacker wanted to coordinate an attack on the blockchain, they would need to control more than 50% of all computing power on the blockchain so as to be able to overwhelm all other participants in the network. Given the tremendous size of the Bitcoin blockchain, a so-called 51% attack is almost certainly not worth the effort and more than likely impossible. (More about this below.) 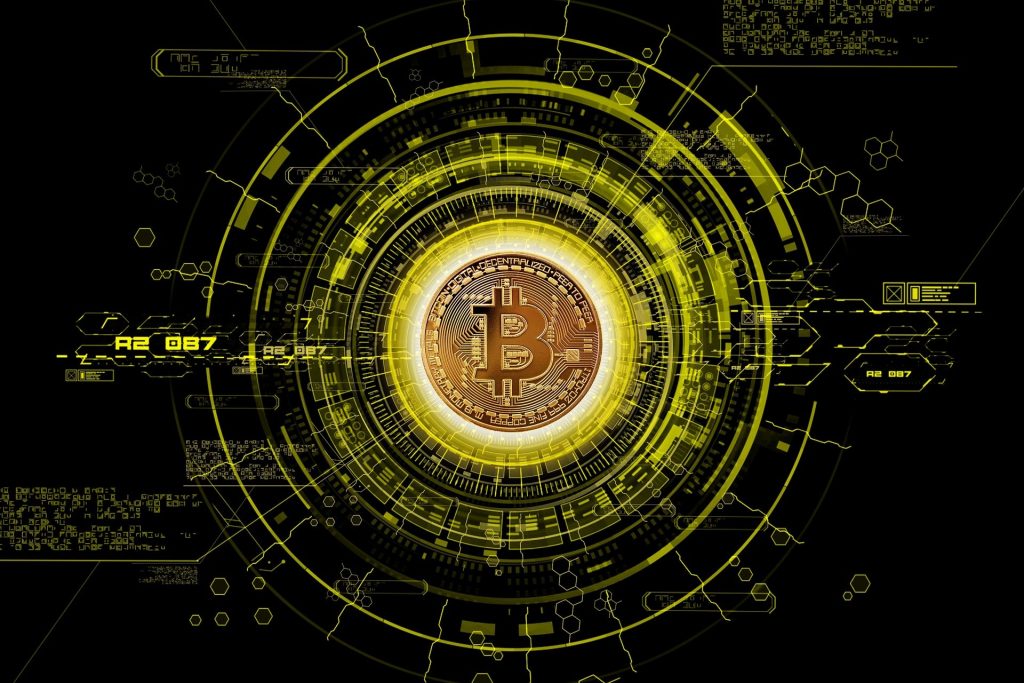 A blockchain carries no transaction cost.

(An infrastructure cost yes, but no transaction cost.) The blockchain is a simple yet ingenious way of passing information from A to B in a fully automated and safe manner. One party to a transaction initiates the process by creating a block. This block is verified by thousands, perhaps millions of computers distributed around the net. The verified block is added to a chain, which is stored across the net, creating not just a unique record, but a unique record with a unique history. Falsifying a single record would mean falsifying the entire chain in millions of instances. That is virtually impossible. Bitcoin uses this model for monetary transactions, but it can be deployed in many other ways.

Think of a railway company. We buy tickets on an app or the web. The credit card company takes a cut for processing the transaction. Blockchains, not only can the railway operator save on credit card processing fees, it can move the entire ticketing process to the blockchain. The two parties in the transaction are the railway company and the passenger. The ticket is a block, which will be added to a ticket blockchain. Just as a monetary transaction on the blockchain is a unique, independently verifiable and unfalsifiable record (like Bitcoin), so can your ticket be. Incidentally, the final ticket blockchain is also a record of all transactions for, say, a certain train route, or even the entire train network, comprising every ticket ever sold, every journey ever taken.

But the key here is this: it’s free. Not only can the blockchain transfer and store money, but it can also replace all processes and business models that rely on charging a small fee for a transaction. Or any other transaction between two parties.

How to restore coins from a wallet.dat backup?